The most commonly diagnosed psychiatric child disorder is Attention Deficit Hyperactivity Disorder (ADHD). This disorder also affects adults. Currently, more adults are being diagnosed than children. There are medications to help adults and children with their symptoms, but some may have dangerous side effects. However, many children have responded well to homeopathic remedies. Many adults with ADHD are benefiting from homeopathy as well.

Some of the commonly used homeopathic remedies for ADHD include:

“Like cures like”, this is the homeopathic way. So, although it seems strange to give stimulants to a person with an overabundance of energy, giving unroasted coffee beans to hyperactive children can calm them down. Although it may seem like it would have the opposite effect, it actually does have a calming effect. Coffea cruda is, in fact, helpful in sleep management.

Synaptol is a liquid made from green oat grass, sweet violet and skullcap, in addition to several other herbs and it is made specifically to treat ADHD. It is gluten-free and contains no sugar or alcohol. Synaptol was formulated to limit hyperactivity and improve attention. It helps to increase concentration and listening. Impulsive behavior and disorganization can be managed with Synaptol as well.

Verta Alb is helpful for children who experience anxiety along with ADHD. Derived from a plant in the lily family, it has also been used to reduce temper tantrums. It is formulated to help children manage their emotions. Verta Alb, although highly toxic in large doses, also aids in tempering irritability and mood swings in children.

Hyoscyamus is a type of nightshade. It is also known as hen-bane. In large doses, it is known to cause sickness and hallucinations, but in the tiny doses used in Homeopathic remedies, it is recommended specifically for restless, fidgety children who have a difficult time controlling their outbursts. Children with ADHD who used a blend with mostly hyoscyamus showed a reduction in impulsivity and attention.

Stramonium is derived from Datura stramonium, an herb, that is also referred to as Devil’s Snare. It is intended to reduce violent or aggressive behavior that is often seen with oppositional defiant disorder (ODD). ODD is commonly found in children with ADHD. Stramonium has also been known to help with post-traumatic stress disorder(PTSD) and anxiety.

These remedies have been helpful for ADHD, ODD, PTSD, and anxiety. In the making of homeopathic remedies, substances derived from plants are diluted hundreds or even thousands of times in alcohol or water, making it primarily water with hardly a hint of the original herb.

Prescription medications are not always necessary to help manage ADHD and sometimes alternative remedies can be just as effective. As there are minimal to no side effects when using homeopathic treatments, it may be worth it to give them a try. If you’re interested in trying a homeopathic remedy, schedule an appointment with Las Vegas Homeopath today!

Homeopathy is a safe curative form of medicine in these domains to promote overall well-being. 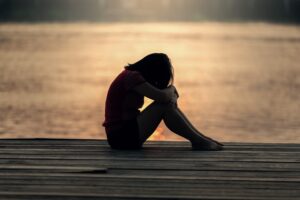